During the winter of 2001, the music director at Marquette Manor Baptist Church suggested that the church start a music camp. However, there was another string camp that the church was encouraging its musicians to attend. Ries Barlow (the previous camp director) continued to pray about starting a camp though it seemed that God had closed the door. Ries received news in the summer of 2002 that the camp had changed its format, making it difficult for Marquette musicians to attend. The plans for Sforzando were laid, and the first camp took place in July of 2004. Ries faithfully served as the camp director for many years until 2021 when Allen Probus graciously agreed to take on the role. God has answered countless prayers since the beginning of Sforzando. We give Him the praise for all that He has done to establish the camp we know and love today. 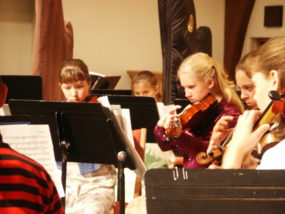 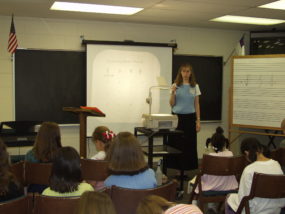